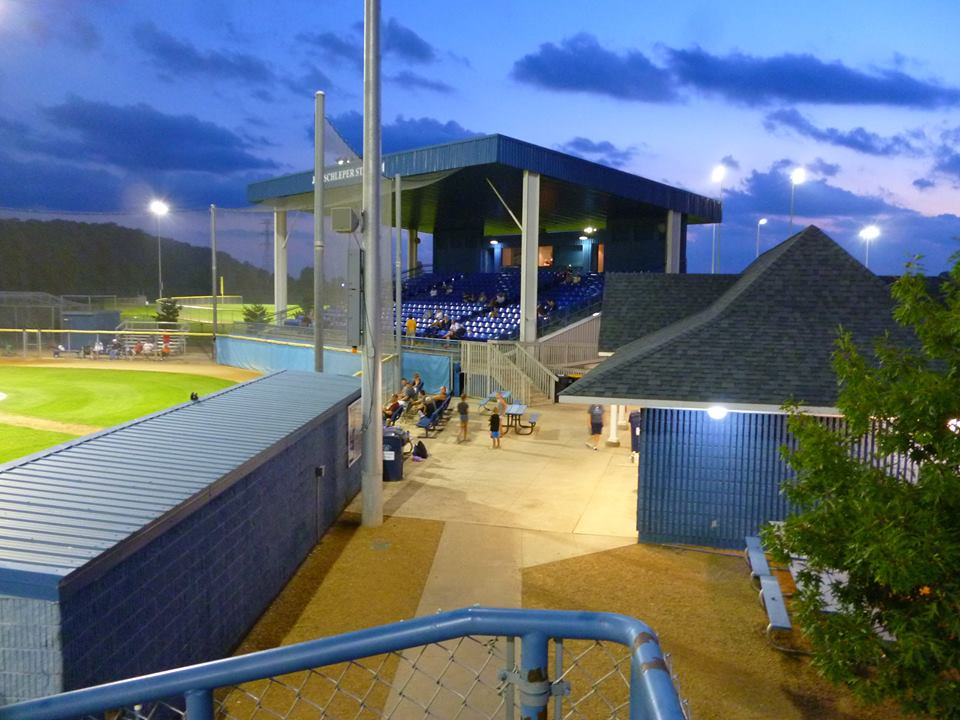 When folks in Minnesota think about Shakopee, the Valley Fair amusement park and Canterbury horse racing track usually come to mind well before any thoughts of baseball. A populous community sandwiched between the Minnesota River and the Shakopee Mdewakanton Sioux Community and its Mystic Lake Casino is just a bit too far out of the beltway to be a suburb, but close enough to serve as a destination for vomit-inducing thrill rides and gambling entertainment for both Twin Cities and southern Minnesota residents. When I suggested we look for a cool downtown bar to have a beer at, Marty asked, “Is there a downtown Shakopee?” (There is, by the way, and Arnie’s is a great little place to have a drink.)

Joe Schleper Stadium, named for the storied Shakopee baseball figure, sits in Tahpah Park, just north of highway 169 during its short east-west course, before the road bends south toward Jordan. Hardly noticeable from the highway, the mammoth cerulean grandstand is unmistakable from the approaching streets, looming over the carefully groomed ballfield like the performance stage of an immense amphitheater. 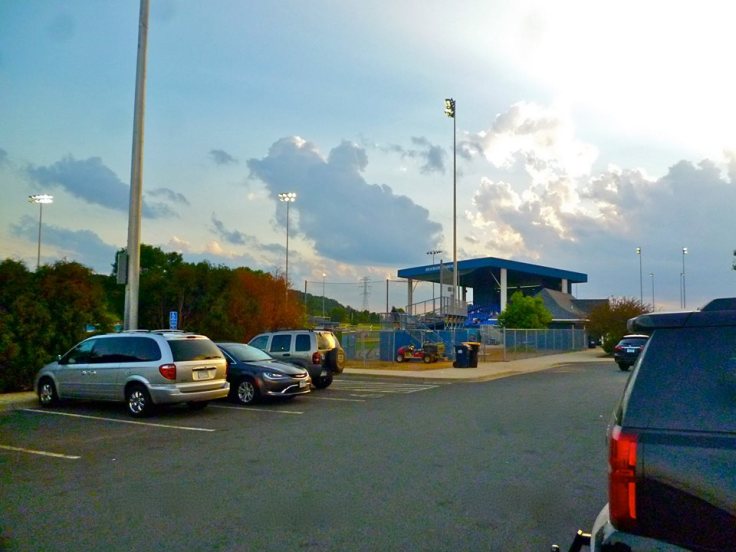 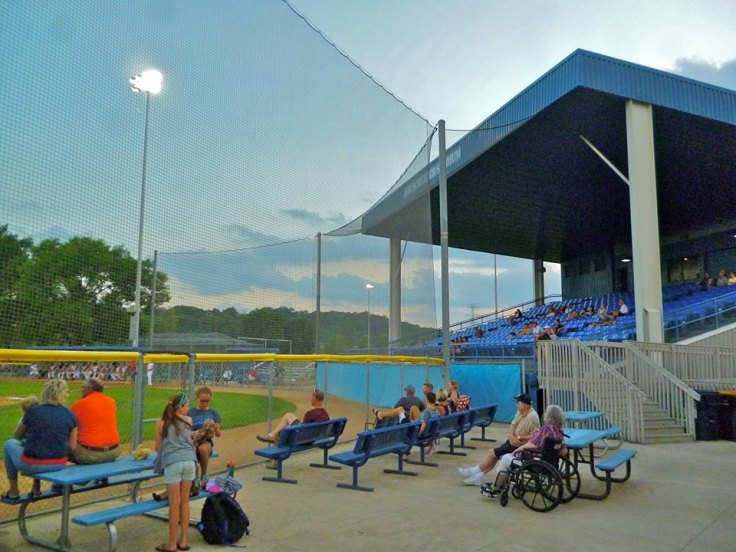 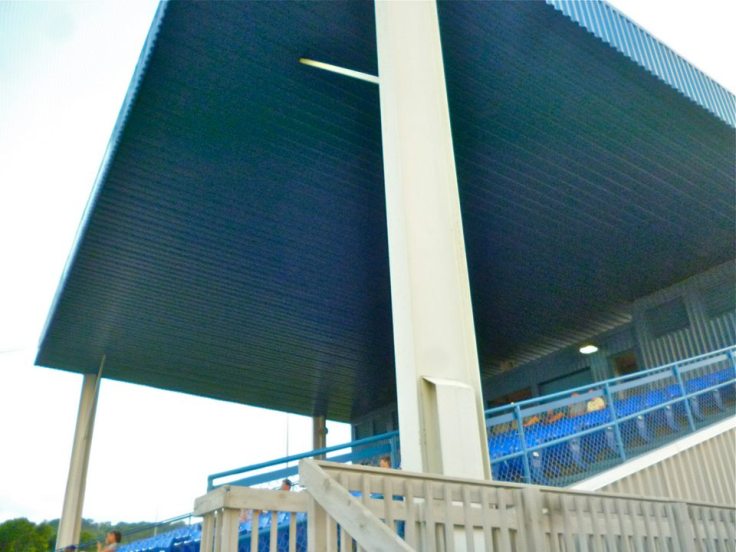 At the ballpark, however, the roles are reversed, with the performers occupying the grassy field while the audience looks on from the covered structure. In the case of Schleper Stadium, most of those fans watch from familiar comforts, as the grandstand is filled by hundreds of seats recycled from the late Hubert H. Humphrey Metrodome, where the Minnesota Twins played from 1982 until 2009.

Many ballparks have a nickname endowed them by fans and players, usually a shortened version of their formal name, or an allusion to the park’s physical features. Though unfamiliar with the local traditions, I was inclined to immediately refer to the stadium as “The Schlep,” but Marty preempted me with a nickname of his own: “Sea World.” When inside the park, after all, fans are surrounded with an overwhelmingly blue color scheme, dominated primarily by the not-quite-Carolina-blue tones displayed on both the Shakopee players’ uniforms (though, on this night they would wear their dark blue tops) and most of the stadium’s paintable surfaces and field barriers. Combined with the royal blue roof and plastic bucket seats of the grandstand, and accompanied by the cool colors of the August evening sky, the hues give the place a decidedly aquatic feel. 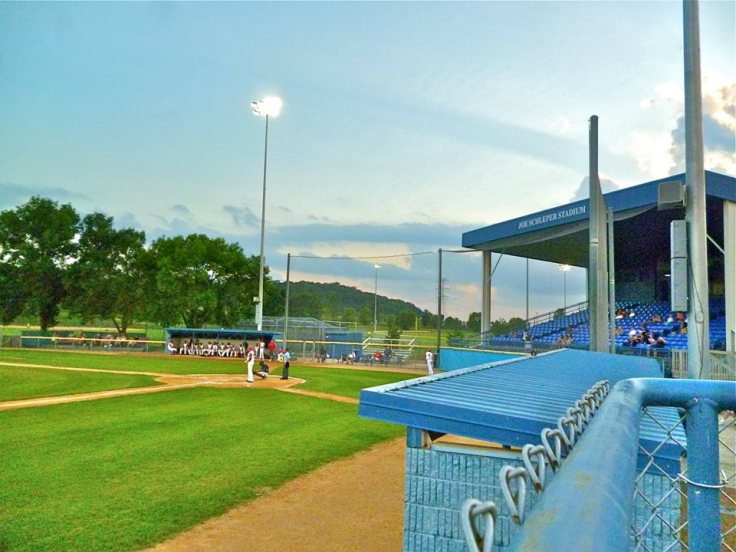 Apart from the grandstand, the yard features many seating options for fans, with bleachers and picnic tables in the concourse area, bench seating along the backstop, and a nice raised deck past the third-base dugout. The scoreboard is enormous and visible from all parts of the park, and the concession area is accessible and well stocked with cold beers and hot food. 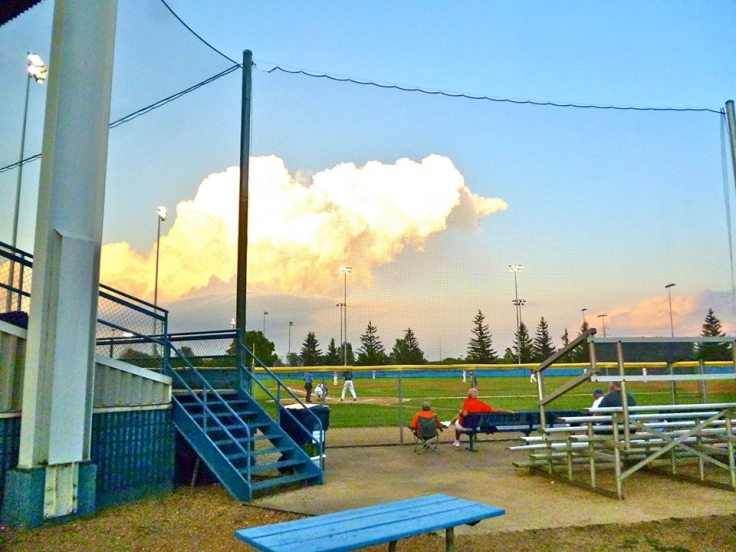 This pleasantly warm, though incredibly bug-ridden evening game between Shakopee and neighboring Chanhassen was dominated by a single, imposing cumulonimbus cloud hovering in the distance for what seemed like an eternity, eventually illuminated in wicked oranges by the setting sun, then disappearing into the night sky. (The kind of exclamation points that make visits to ballparks all the more memorable.)

Under the yellowing influence of the stadium lights, the Sea World effect is lessened, as the park suddenly feels a more serious place. Batters dig in for crucial late-inning at-bats as pitchers bear down, baserunners nervously drifting from their bags in anticipation of the next pitch struck by their teammate or bounced past the lunging catcher. On-deck hitters appear statuesque, lying in wait as the dramatic final innings of baseball unfold. The outstanding views and excellent accommodations of Shakopee’s Joe Schleper Stadium exemplify the theater of baseball as well as any park in America. 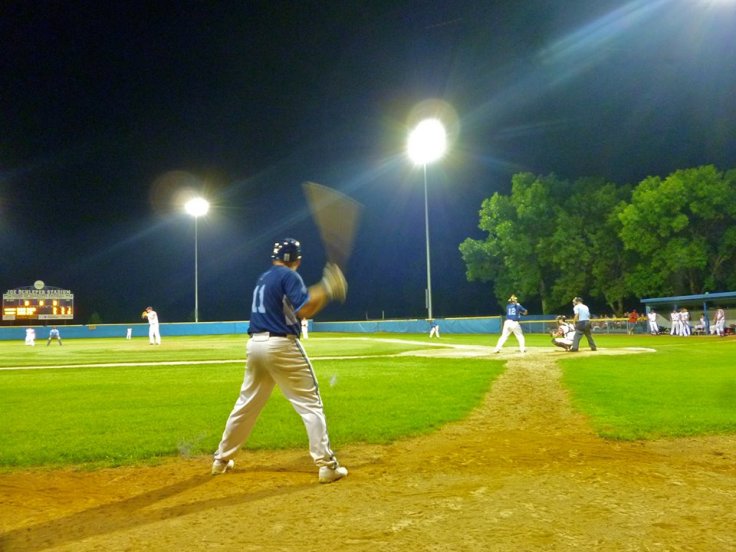 *For the record, the park is affectionately referred to by those in the know as “The Joe.” So be it.