Usually, our travels around the state are simply in search of the great baseball parks and good times. On this occasion, we had an additional motive. After getting some tweets from Jason Kuerschner promising the #bestcurdsinbaseball, we simply had to investigate, and brought our buddy David Paul along for the ride.

Despite some delays caused by our ignorance of the numerous road projects closing highway 101 north of 212, we eventually found our way to Cologne, and enjoyed a couple beers at two fine local bars, Da’ Boars and Burky’s, before making our way over to Fritz Field.

Cologne’s beautiful ballpark is terraced into a small hill in the center of town. Spectators can enjoy the game from the top of the hill or from the small grandstand area, which is filled with nice fold-up, box-style stadium seats. Two short rows of seats also line the first and third base sides behind the plate, for fans who want to get incredibly close to the action. The field is surrounded almost entirely on three sides by a tall, green, wooden fence, giving it the feel of a gigantic outdoor hockey rink. A small viewing deck sits behind the first base dugout, with railings made of old bats. Cologne’s water tower looms over the park, the cherry sitting atop a visually perfect midwestern sundae. 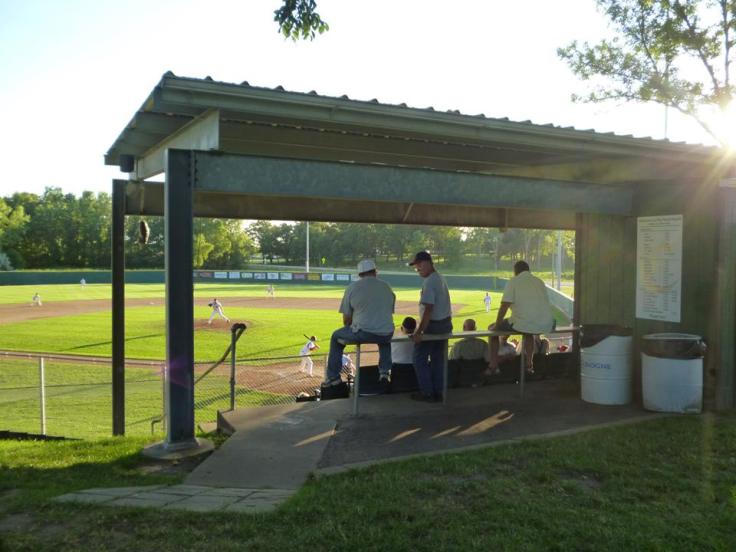 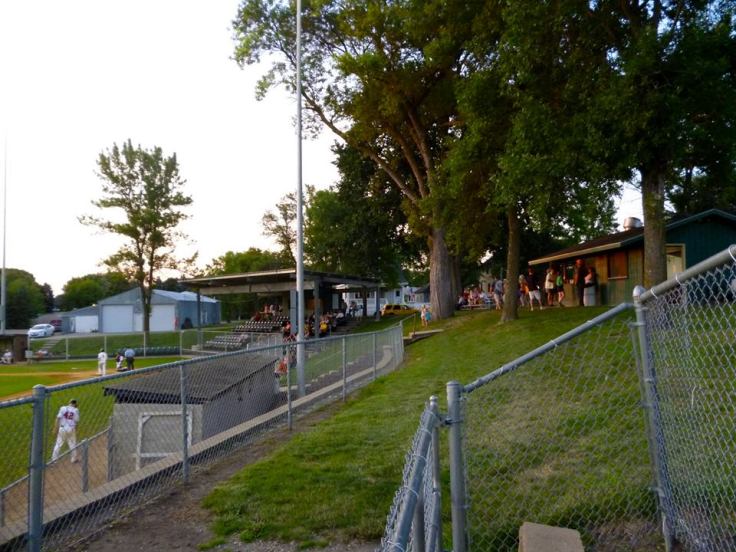 Behind the announcer’s booth and grandstand sits The Shack, Cologne’s concession area where the famous curds are made. As the opportunity was at hand, we procured an order of the famous deep-fried cheese nuggets, and the reports of their magnificence were in no way exaggerated. They are simply the best cheese curds I have ever had. Fabulous. 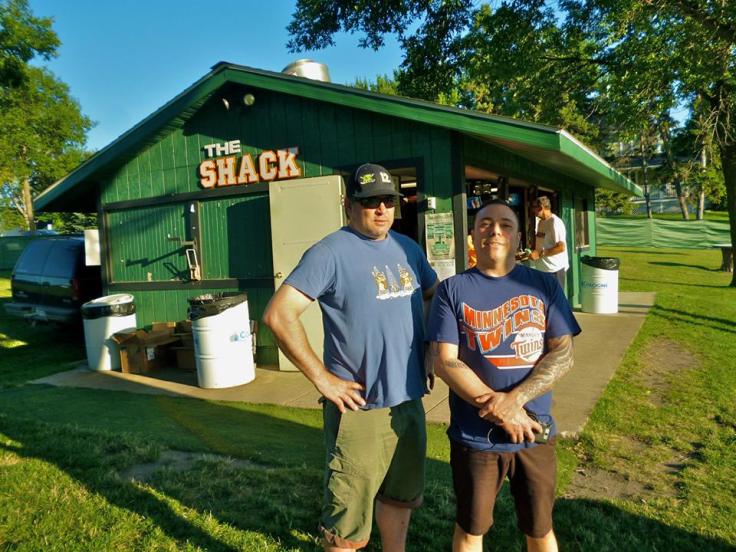 We also had the opportunity to meed @DodgerNala, one of our social media followers, which was great. It’s awesome to be able to make new friends during our wanderings, especially when they bring their cool dogs along with them to the games. 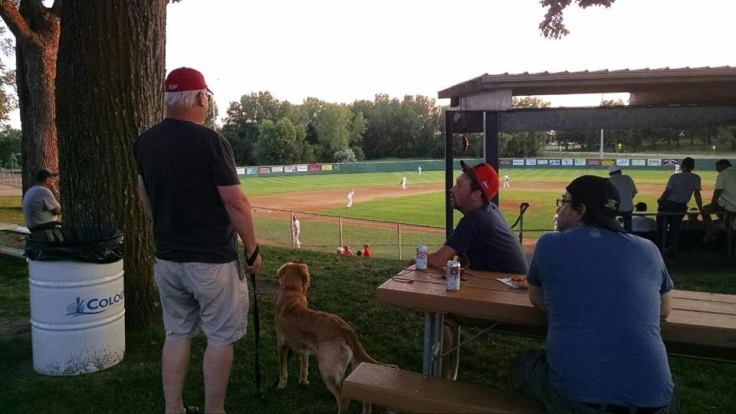 I’d be lying if I said the game itself was a slickly played clinic on fundamental baseball, but it was most certainly entertaining. Cologne hosted the Belle Plaine Tigers in a non-conference matchup that evening, and fell behind early, only to battle back and win, going ahead for good on a bases-loaded double late in the game. The sea-saw struggle featured a few wild errors, about a dozen hit batsmen, and some great clutch plate appearances by both clubs. 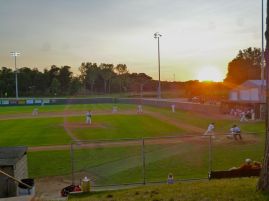 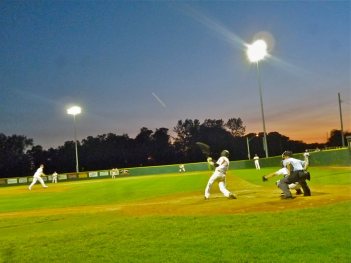 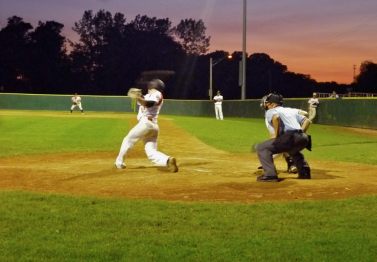 In the end, we even got to make pals with the master of the curds. I’m doubting he’ll give us his recipe, though. I suppose we’ll have to make the trip back to Cologne again. I look forward to it.